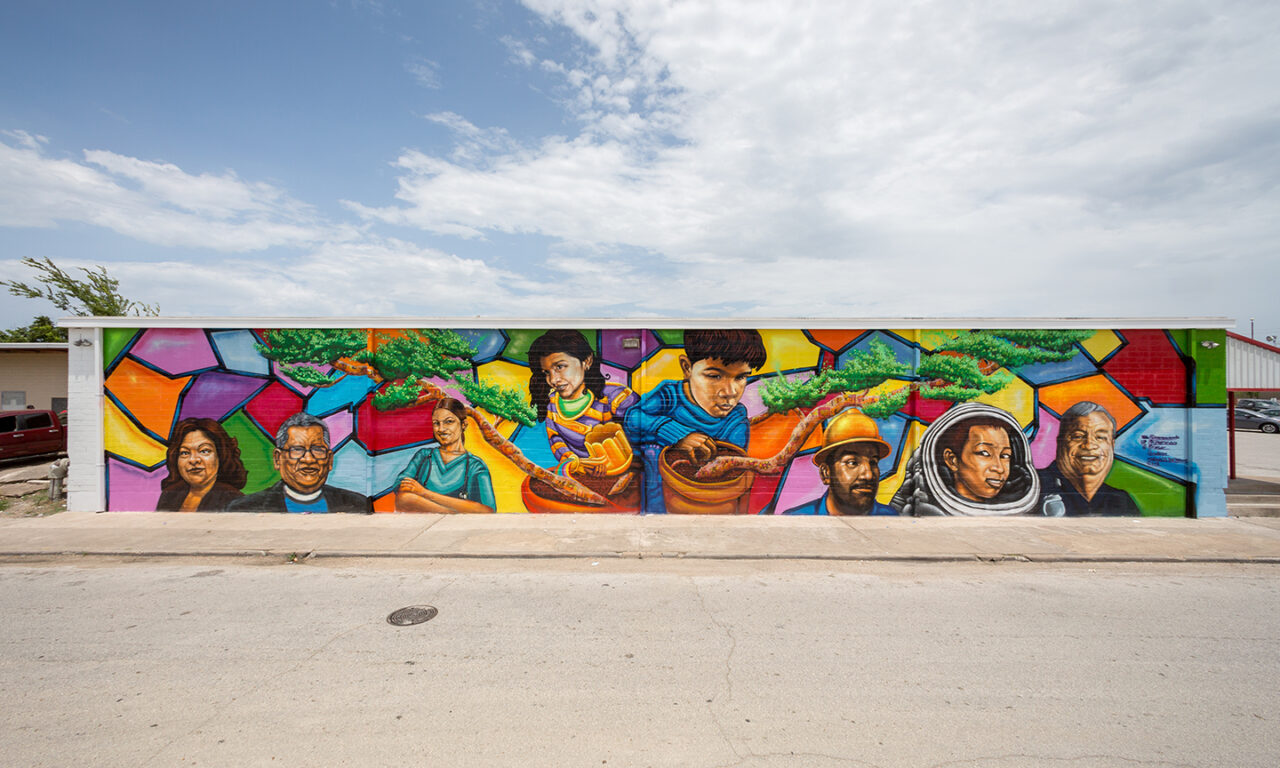 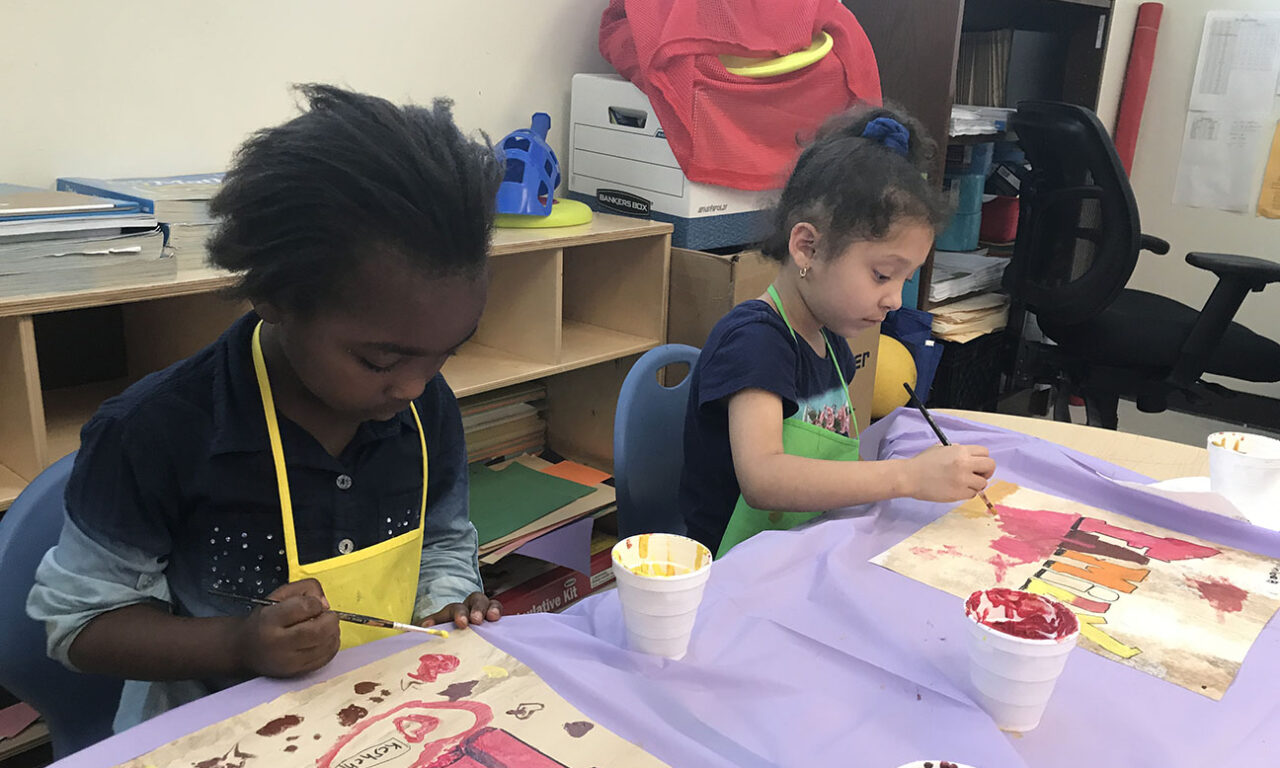 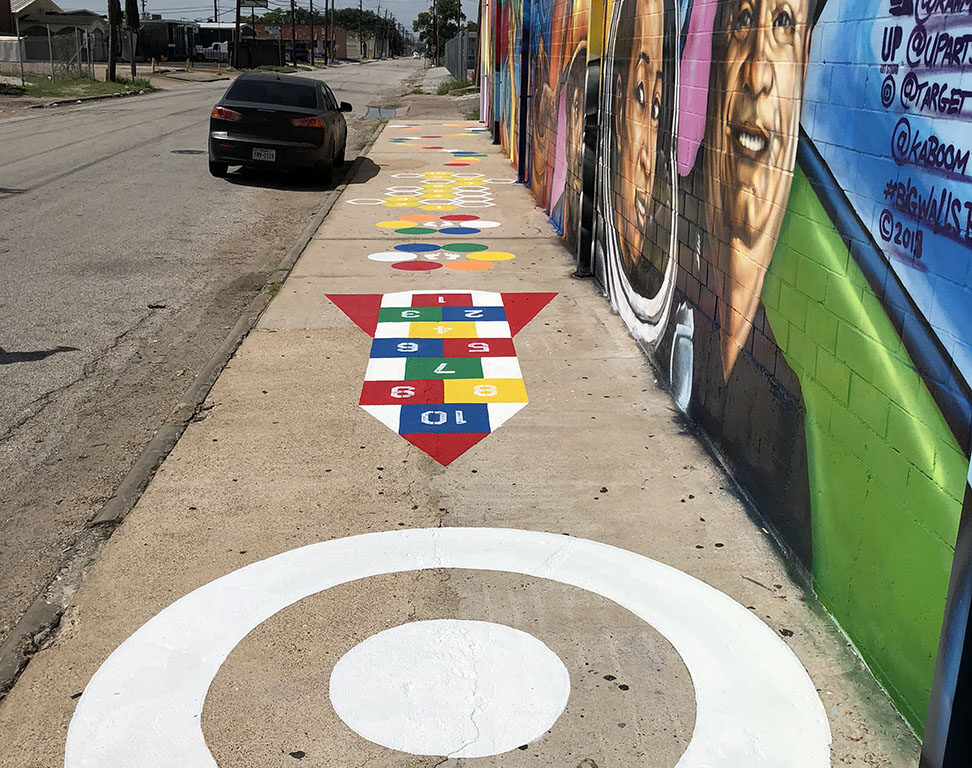 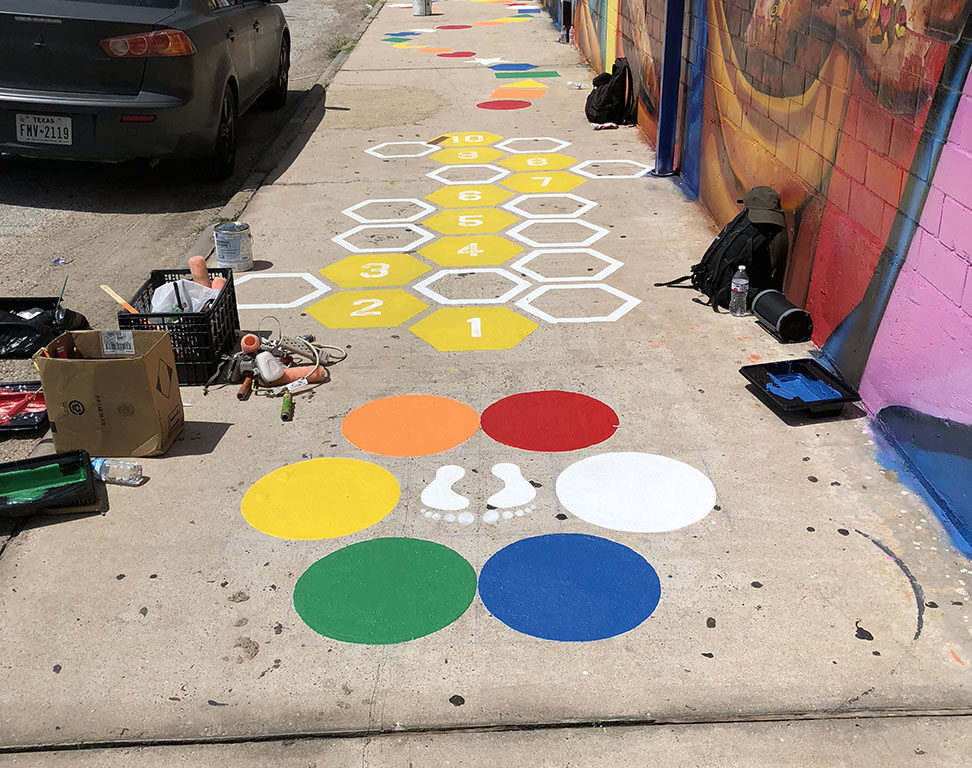 Project Summary:  Our firm was approached about a need for civic art in the underserved community of Gulfton in Houston. Veronica Hernandez, with the Mayor’s Citizens’ Assistance Office, encouraged us to do a project — if we could secure partners and funding. As the site, we selected a wall continually tagged with graffiti as part of a turf war between opposing gangs.  (The resulting mural ended the tagging and graffiti).

UP Art Studio proactively applied for, and was awarded, a   KaBOOM! + Target  “Play Everywhere” Challenge Grant and an APG grant from Houston Arts Alliance / City of Houston.  Tasks we managed included:

In-person, online, and hands-on engagement of the community to create an artwork that reflected neighborhood pride and identity.

Artist Rahmaan Statik worked with students from a nearby elementary school in an underserved community.

The elementary school students received art instruction and designed 12”x12” cloth panels that were incorporated into sections of the mural (the bark of the plants in the main mural).

Outcome:  The neighborhood has been elevated by a beautiful, colorful, collaborative community mural on the side of a Salvation Army Family Store & Donation Center (the wall that had been bombarded with gang graffiti). Alongside it is a creative, interactive “play sidewalk” painted for games, encouraging children to play and be active — converting an ordinary sidewalk into an area for play and fitness. During a visit to the neighboring school in June of 2019, we learned that the mural and sidewalk installation have remained untouched by the gangs, and the sidewalk in this “play desert” has been actively used by neighborhood kids.

Future “Growing A Brighter Tomorrow” Projects:  KaBOOM! was so pleased with the outcome that they have now provided funding for two projects following this model (murals with active play sidewalks) in Detroit.  We are also now working with them to develop similar projects at the stores in low income neighborhoods, adjacent to schools and family neighborhoods, in the Miami area and elsewhere.